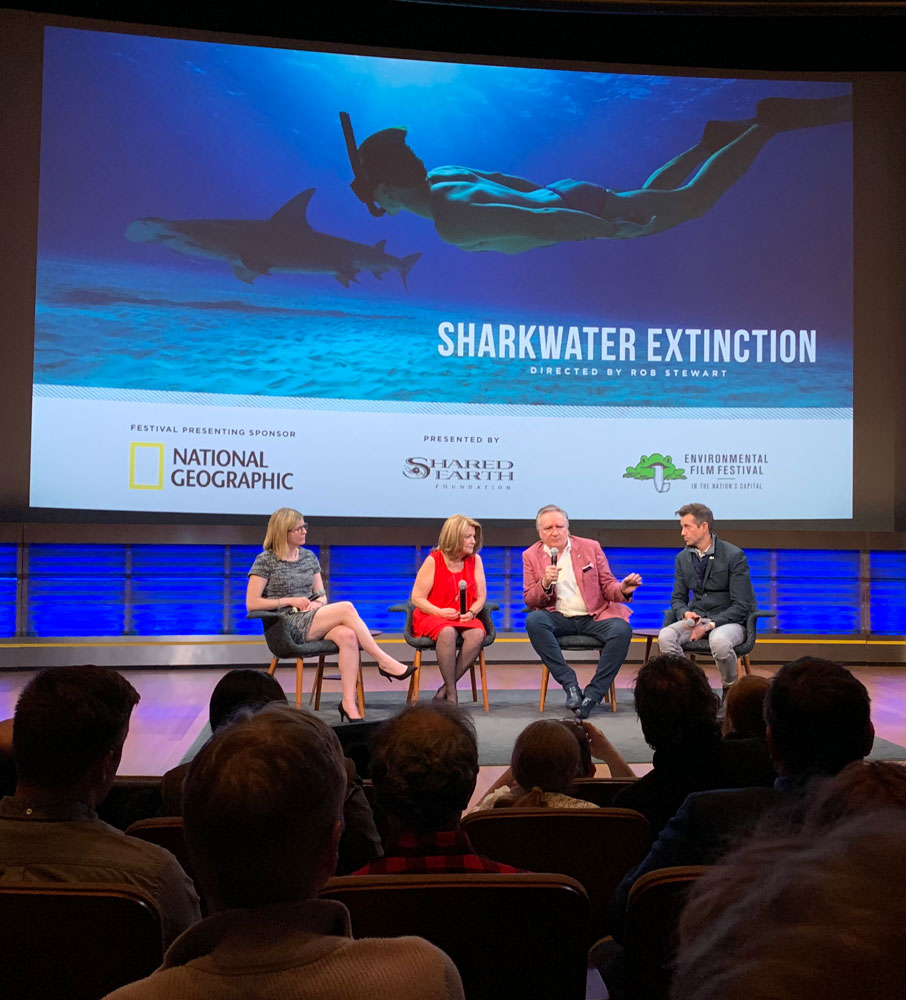 The Environmental Film Festival is the largest environmental festival in the world and the longest running in the U.S. and this year was sponsored by the National Geographic Society.

Sandy and Brian Stewart, the parents of Sharkwater Extinction filmmaker Rob Stewart, accepted the award on his behalf. Following the screening, they took part in a discussion along with Brock Cahill, a member of Team Sharkwater and the Founder of The SeaChange Agency.

The discussion was moderated by Kathryn Kullberg, Director of Marine and Wildlife Protection, The Humane Society of the United States.

The Stewarts spoke about Rob’s mission, saying: “We have been taking the film around the globe since it first premiered at TIFF last fall and it has received many accolades and awards along the way. This one is truly special – as much as Rob was an award-winning filmmaker, a compelling story teller and an accomplished cinematographer – his true driving mission was always to advocate on behalf of the sharks that he loved and to show people that a sustainable beautiful planet is not only possible but worth fighting for.

“Thank you to Chris and Brad and everyone at the DCEFF for honouring Rob and presenting the film tonight. Rob wanted as many people as possible to see this movie – to better understand what is at risk today and most importantly to be inspired to join his crusade. That call is more urgent than ever. We, and the entire Sharkwater team, are committed to continuing Rob’s mission, to fight for the protection of sharks and the oceans and to ensure that the work for which he is being honoured here this evening does not stop.

“We would like to thank Brock Cahill, a close friend of Rob’s who will be joining us for the Q&A after the movie. Brock has been a key member of team Sharkwater – a special group of Rob’s friends and colleagues who were critical in helping us get the film finished and who are committed to continuing Rob’s work.

“Before we close, we would like to acknowledge two very special guests. When Rob went missing in the Florida Keys, the US Coast Guard worked tirelessly on what they have told us was the largest search the sector had ever experienced. We will never be able to thank them enough for their efforts and support. Two of the leaders of that search are here with us this evening and we’d like to ask Captain Jeffrey Janszen and Clint Prindle to stand and be recognized.

Pictured below: Brian and Sandy Stewart with Captain Jeffrey Janszen and Clint Prindle. 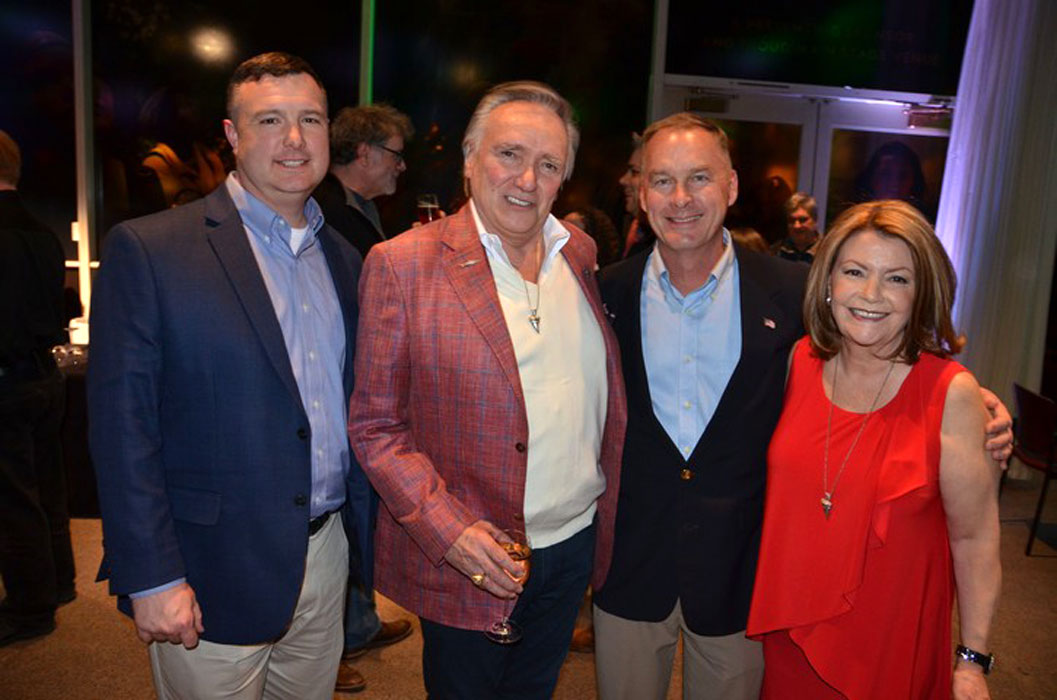