Canada bans the import and export of shark fins! 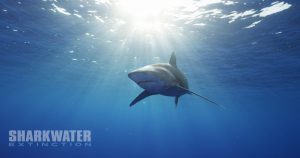 Canada was the largest importer of shark fins outside of Asia until just yesterday, when a pioneering new bill was passed. Bill C-68 has passed and changed the face of the Canadian Fisheries Act by banning shark fins from being imported and exported. It has also changed the face of history by being the first ban of its kind in the world, and it’s all thanks to you!

Leading up to the passing of Bill C-68, supporters of the bill and conservationists have been crediting the multi-award-winning work and life of the late Rob Stewart. Thanks to his tireless conservation work and his endless tenacity, not to mention his internationally renowned movies: Sharkwater, Revolution and Sharkwater: Extinction, which made people around the world sit up and take notice, his fight to go #finfree was heard. He saw sharks as the beautiful, gentle animals they are and dedicated his life towards capturing their lives on film to show others their true nature.

Upon his passing in 2017 his parents Brian and Sandy Stewart — who were in Ottawa for the exciting announcement yesterday — and his Sharkwater Team finished his third action-packed and eye-opening film, Sharkwater: Extinction. With the passing of this bill his dream has come true in Canada and we will all continue to work towards a worldwide ban on the senseless slaughter of sharks.

Humans are the sole reason for decline of sharks in our oceans and the possibility that they may become completely extinct. The practice of finning is cruel, wasteful, and senseless, and now a lot of it will stop. Bill C-68 will significantly reduce the market for sharks and decrease the millions being dismembered and left for dead in the oceans they call home.

We have accomplished so much, but still need your help to continue our work worldwide! Sign the petition to ban shark fins in the U.S by clicking here and to donate, click here to support the ongoing fight to protect sharks, oceans, and ultimately ourselves. ~Selina Barker