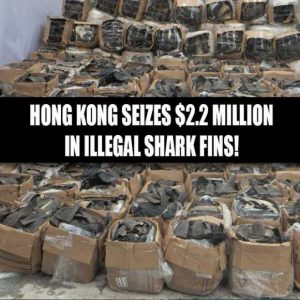 The bust happened on May 29, 2021 after custom officers inspected two air shipments arriving from Mexico and found millions of dollars worth in shark fins. These illegal commodities are valued at approximately $2.2 million dollars.

Hong Kong officials actively do their part to try and stop the illicit trade of shark fins. Under the Protection of Endangered Species of Animals and Plants Ordinance, a person found guilty of trading an endangered species without a licence can face a maximum fine of $10 million and 10 years in prison.