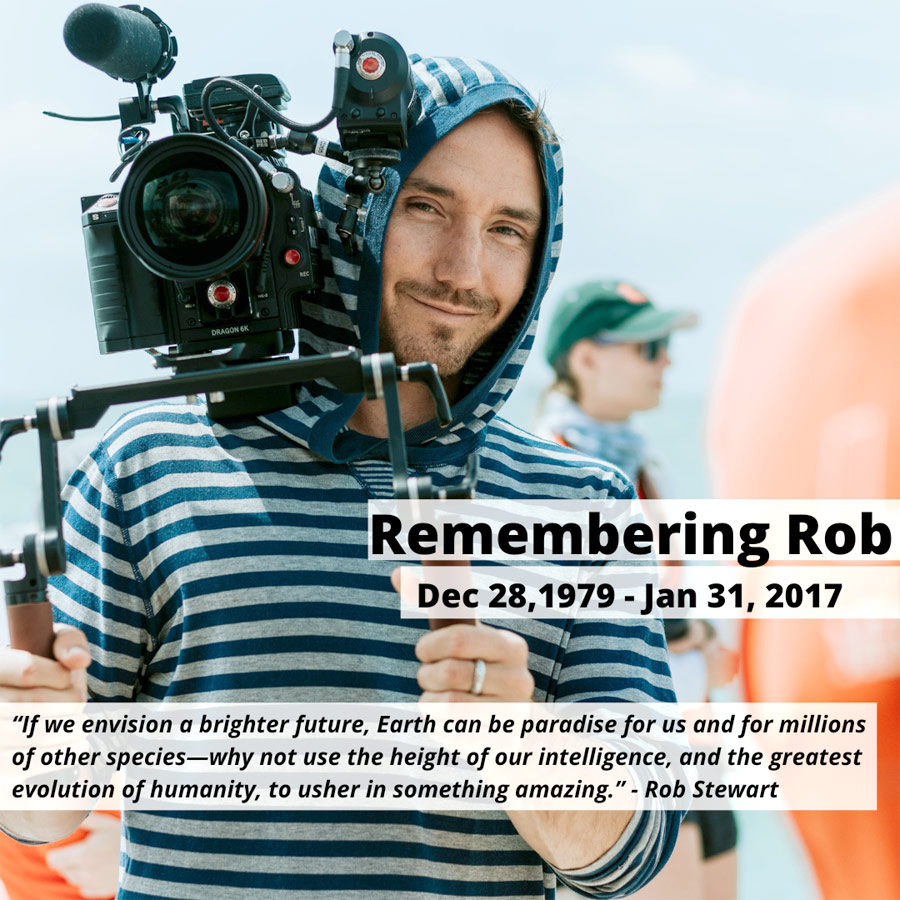 On January 31, 2021, we remember Rob Stewart: shark activist, biologist, author and the filmmaker behind Sharkwater, Revolution and Sharkwater Extinction on the anniversary of his death.

“I think everyone changes the world. It’s just how much, how big, and in what direction. The more people become educated, the more they change the world in a positive direction. And 7 Billion people have a massive amount of power to change the world.” ~Rob Stewart

26 tonnes of shark fins were seized in Hong Kong. U.S. law enforcement seized 6 tons of shark fins and shut down a decade long shark smuggling ring. Hawaii levied the highest fine for shark fin smuggling: $126,000 in fines, forfeiture of the vessel valued at $119,000 and seizure of $58,000 of fins.

Since Sharkwater and Rob’s death, Marine Protected Areas have increased by more than 23 million square kilometers.

Hotels, airlines, shipping companies have banned shark fins. Even China and Hong Kong have banned the soup at state functions.

But there’s more work to do. 150 Million sharks are still dying from finning each year. Shark populations have already dropped by more than 90% and these beautiful animals need our help before they become extinct.

Ocean acidification caused by climate change is the biggest challenge of our generation.

But as Rob said, “If we envision a brighter future, Earth can be paradise for us and for millions of other species—why not use the height of our intelligence, and the greatest evolution of humanity, to usher in something amazing. Don’t feel disillusioned! The challenge is calling out the best in us.”

Please share Rob’s message and let your friends know they can watch Sharkwater Extinction free worldwide on Amazon Prime and on Crave in Canada.