About the Basking Shark

The basking shark is the second largest fish in  the world after the whale shark. These gentle giants can reach lengths of over 10m. They’re highly migratory and are found all over the world in temperate waters. It prefers temperatures between 8 and 16 degrees. Basking sharks are easy to identify due to their huge jaw, which can open up 1m wide. They also have a large liver that provides buoyancy.

Despite their huge size basking sharks are harmless. They’re filter feeders, which means they’re diet consists of plankton. Their name comes from their habit of slowly swimming near the surface of the water. They’re also known to leap out of the water on occasion, peaking at up to 1.2 m above the surface.

Do you have images or videos of Basking Sharks?
Submit them to info@sharkwater.com. 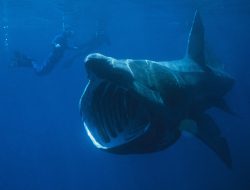 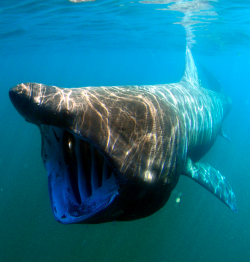 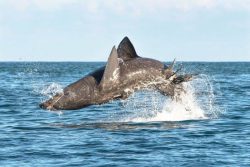 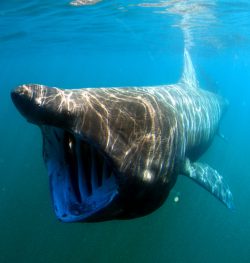