About the Clouded Angelshark

The Clouded Angelshark is a relatively unknown species and is often misidentified as the Taiwanese Angel shark. They are one of the largest in the family, reaching up to 1.63m in length. They inhabit the waters around Japan and Taiwan in the northwest Pacific. They take their name from their black and white marbled spots, which look like clouds.

There is no specific population data for the Clouded Angelshark but there is some cause for concern due to the declining populations of similar angel sharks. Angel sharks are ambush predators, which means they lie on the ocean floor until their prey comes within range. This makes them particularly susceptible to being caught as bycatch by trawlers, which operate at depths of up to 600m. Clouded Angelsharks have been found at fish markets in both Taiwan and Japan.

Do you have images or videos of Clouded Angelsharks?
Submit them to info@sharkwater.com. 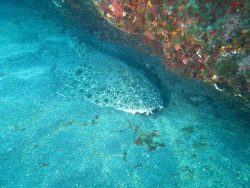 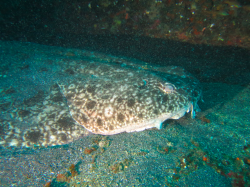