About the Copper Shark

The Copper shark gets its name from its grey to bronze colouration. It has a white underbelly and has a bluntly pointed, broad snout. The Copper Shark is migratory in the northern part of its range, moving northward in spring and summer and southward in autumn and winter. Commonly found near the seabed, the Copper Shark feeds on open sea bony fish, octopus, small sharks and rays.

Copper sharks are viviparous; they give birth to live young. The litter usually contains about 7 to 20 pups, with pups being born at about 60 to 70 cm in length. The reproduction process may occur at any time of the year but there is a peak in births in summer. The Copper Shark  reaches maturity at about 245 in length. This species can get up to 325cm in length and weigh up to 304.6kg, with a max age of 30 years.

Conservation :  This species is relatively healthy, but because it’s biology and and strong fishing pressure, their numbers are decreasing. They’re currently near threatened and could become threatened if no protective measures are taken.

Do you have images or videos of Copper Sharks?
Submit them to info@sharkwater.com. 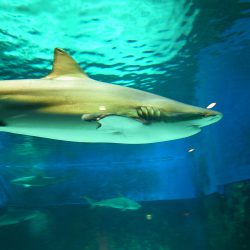 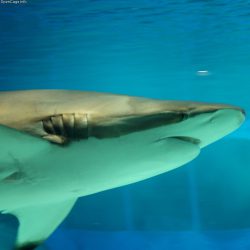