About the Kitefin Shark

The Kitefin shark is a species of dogfish shark in the family Dalatiidae and the only species in its genus Dalatias. It is found sporadically around the world, usually close to the sea floor.

The Kitefin shark has a moderately elongated body with a very short and rounded snout. The eyes and spiracles are large. There are 16-21 tooth rows in the upper jaw and 17-20 tooth rows in the lower jaw. The lower teeth are very large, knife-like, and serrated, with their bases interlocking to form a continuous cutting surface. The first dorsal fin is slightly smaller and shorter than the second fin, and neither has spines. The pectoral fins are short and rounded. The caudal fin has a prominent upper lobe with a well-developed notch near the tip and a very present lower lobe. The coloration is a dark brown or gray, sometimes with faint spots in the back. Males reach maturity between 77-121 cm TL and females at 117-159 cm TL. The maximum recorded size for this species is of 180 cm TL, although 120 cm TL is a more common length. The reproduction mode is ovoviviparous and occurs throughout the year, with greater activity during the summer and autumn months. Produces 10-20 pups per litter and the size at birth is approximately 30 cm TL. It feeds mainly on bony fish but also takes a wide variety of other animals, including skates, squid and octopus, crustaceans, polychaete worms, and siphonophores.

The Kitefin shark has almost a circumglobal range in tropical and warm-temperature waters, consisting of a wide number of separated populations with likely little interchange between them. A Bathydemersal species with a depth range of 37-1800 m. Found on outer continental and insular shelves and slopes, this shark is often pelagic.  Its distribution ranges from western Atlantic (Georges and the Gulf of Mexico), eastern Atlantic (Iceland, Scotland, and Irish Atlantic slope to Morocco), western Mediterranean (Madeira to Cameroon), Western Indian Ocean (Mozambique and South Africa), Western Pacific (Japan, Australia and New Zealand) and central Pacific (Hawaii).

Deepwater sharks are subject to management community waters and in certain non-community waters for stocks of deep-water species for 2005 and 2006. The development and implementation of national management plans are required to facilitate the conservation and sustainable management of all chondrichthyan species in the region.

Do you have images or videos of Kitefin Sharks?
Submit them to info@sharkwater.com. 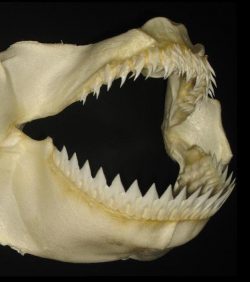