About the Northern River Shark

With small eyes and slender teeth, the head is wide and flattened with a long broadly rounded snout, it is often mistaken for bull sharks. It can grow up to 145cm in length, and, like other river sharks, they give birth to live young that have developed inside the body.

The Northern river shark is primarily a fish eater that have been adapted to living in waters with poor visibility.

There are less than 250 adults northern river sharks in the world. Because of this, the species is considered critically endangered.

Do you have images or videos of Northern River Sharks?
Submit them to info@sharkwater.com. 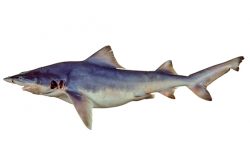