About the Northern Wobbegong

The Northern wobbegong shark is a reef-associated tropical carpet shark found in the Western Central Pacific, usually in shallow waters across northern Australia.

IUCN lists this species as least concern because there are no known fisheries for northern wobbegong and it rarely appears as bycatch. There’s no evidence that their populations are decreasing.

Do you have images or videos of Northern Wobbegongs?
Submit them to info@sharkwater.com. 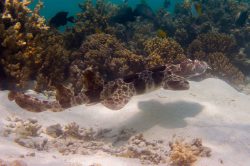 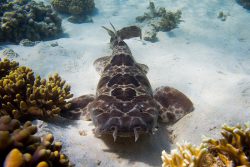