About the Smalltooth Sand Tiger

The Odontaspis Ferox Shark, also known as Smalltooth Sand Tiger or Herbst’s Nurse Shark, appears to have an extensive fragmented distribution in tropical and warm-temperate latitudes of the world’s oceans. The Smalltooth Sand Tiger shark is rarely encountered, with only 200 records suggest that naturally, the population is very low in numbers.

Little is known about the biology of this shark but its reproduction may be similar to that of the Sand Tiger. The maximum recorded size for females is 450 cm TL and 344 cm TL for males. Age and grow data are not available for this species, but generation length can be estimated from the Sand Tiger, which has a female age of maturity of 6 years and a maximum age of 35 years, resulting in a generation length of 20.5 years. The Smalltooth Sand Tiger is a shark with a short, pointed snout, small eyes, protruding spike-like teeth, and small, equal size dorsal and anal fins; first dorsal closer to pectoral than pelvic fins. This shark is grey above and paler below, it may have red spots on sides. They use their long body cavity and large, oily liver to regulate buoyancy.

Previous observations suggest the species practices uterine cannibalism in the form of oophagy, resulting in the birth of single embryos from each uterus. The smallest recorded neonate, from Taiwan, was 101 cm TL and exhibited an umbilical scar. It probably has a non-continuous breeding cycle similar to the Sand Tiger. They are ovoviviparous, embryos feed on yolk sac and other ova produced by the mother.

This species feeds on small bony fishes, squids, and crustaceans. They are not implicated in attacks on people.

The Smalltooth Sand Tiger is morphologically very similar to the Sand Tiger (Carcharias Taurus) but larger and bulkier. The species mainly lives close to the seabed around the islands and underwater seamounts characterized by narrow, steeply sloping shelves, or in the deep waters of continental outer shelves and upper slopes of larger land masses.

Although this species is not specifically targeted by commercial fishing activities, its likely low fecundity makes it susceptible to local extinction, even at seemingly small capture rates. A Colombian newspaper article (Sabogal 2007) contended that the problem of shark finning operation in waters around Malpelo Island, despite fishing being banned in its extensive sanctuary, was so critical that species such as the Smalltooth Sand Tiger were “in danger of dying out”. Located some 506 km off the coast of Colombia, The Malpelo Fauna and Flora Sanctuary include Malpelo island and the surrounding environment. This marine park, the largest no-fishing zone in the Eastern Tropical Pacific, provides a critical habitat for internationally threatened marine species, including the Smalltooth Sand Tiger. At least three countries protect this shark within the Mediterranean sea, Spain, Malta, and Croatia where ‘within waters under Croatian jurisdiction, the Smalltooth Sand Tiger Shark is proclaimed as a strictly protected species’.

Do you have images or videos of Smalltooth Sand Tigers?
Submit them to info@sharkwater.com. 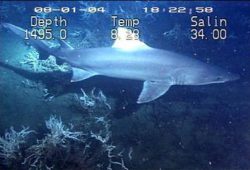 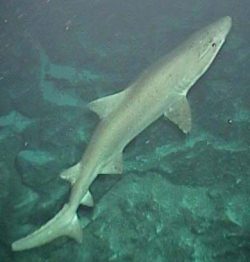 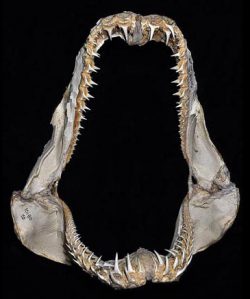