The Taiwan Angelshark is found only in the waters around Taiwan and Japan. Their scientific name comes from the traditional name for Taiwan, Formosa. This species is categorized as endangered by the IUCN as they suspect there has been a… END_OF_DOCUMENT_TOKEN_TO_BE_REPLACED 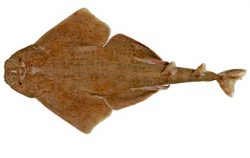 Western Angelsharks are a poorly known species that are endemic to the northern part of Western Australia in the western central Pacific Ocean and eastern Indian Ocean at depths between 150 to 312 m. Biology and Behaviour Western angelsharks have… END_OF_DOCUMENT_TOKEN_TO_BE_REPLACED

Do you have images or videos of Angelsharks – Squatiniformes?
Submit them to info@sharkwater.com.