In Loving Memory of Rob Stewart

Sharkwater – A Tribute to Rob Stewart

We are so deeply grateful to everyone who helped search, and happy that Rob passed while doing what he loved. We are working on how best to honour his incredible work. If you would like to share your memories or messages with the public, please post them using the form below. We are working on a way to share photos as well. 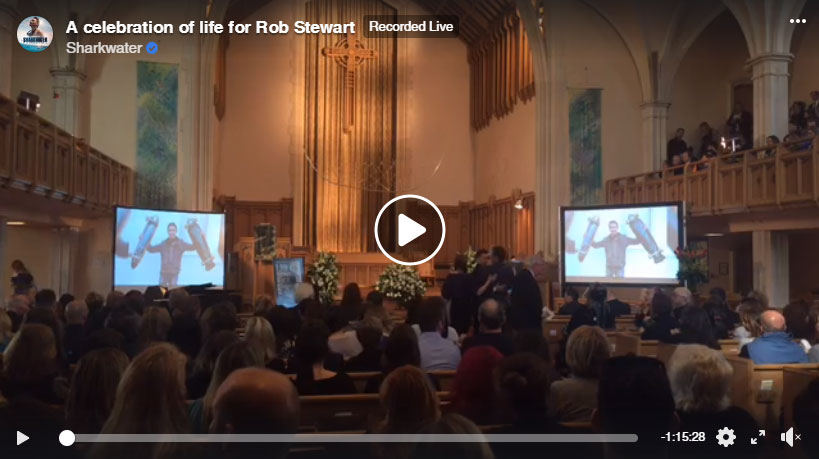 For private messages to the family please click here

Rob Stewart accomplished so much in his life, but there’s still more to do. To honour Rob’s memory, the Stewart family is collecting donations in order to continue his conservation work. You can help by visiting robstewartsharkwaterfoundation.org. A tax receipt will be issued.